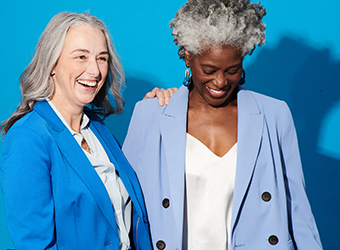 We let [T. Mobile] know we believe diversity, inclusive of gender and race, is a critical attribute of a well-functioning board and a measure of sound corporate governance

In 2015, Impax Asset Management’s (Impax) sustainability team found in reviewing global communication company T-Mobile’s proxy statement that its board included only one woman. Digging a bit deeper, the team discovered that the company had no formal board diversity policy.

Impax, via the Pax World Large Cap mutual fund (PXLIX), is a shareholder of T. Mobile. Impax votes against nominating committee members on boards with fewer than three women. Impax cast a ‘no’ ballot and wrote to T-Mobile’s Investor Relations team to explain why T-Mobile’s board gender diversity and disclosure was concerning.

“We let them know we believe diversity, inclusive of gender and race, is a critical attribute of a well-functioning board and a measure of sound corporate governance,” Impax Lead Sustainability Analyst Heather Smith noted. “And there’s a lot of research that backs that up, that shows diversity on corporate boards leads to improved company financial performance, increased innovation, better problem solving and many other benefits.”

At the time, T-Mobile conveyed its commitment to board diversity and shared Impax’s concerns with its board of directors. Satisfied with the positive conversation, Impax made a note to monitor the company’s progress.

Fast forward to 2018: Noting that neither the level of gender diversity on the company’s board nor the board diversity disclosure in the company’s proxy had changed meaningfully, the sustainability team added Impax as a signatory to a letter the Thirty Percent Coalition sent to T. Mobile discussing the many business benefits associated with board gender diversity.

In 2019, Impax followed up again, this time with a more formal shareholder proposal that asked T-Mobile to prepare a report about steps it was taking to foster greater diversity on the board. The proposal asked the company to embed a commitment to diversity in its governance documents, to commit publicly to including women and people of color in each candidate pool for senior positions and board seats, and to disclose the racial, ethnic and gender composition of the board in annual proxy statements.

T-Mobile responded immediately to the shareholder proposal, arranging a dialogue with members of management as well as Theresa Taylor, Chair of the board’s nominating committee. Recognizing that its public disclosure did not reflect its practices, the company published on its website its Director Selection Guidelines, which commit T-Mobile to include women and minority candidates in the pool from which the nominating committee selects director candidates.

Notably, the dialogue expanded to include a discussion of broader diversity and inclusion efforts across T-Mobile. In early 2020, Impax withdrew its proposal based on the company’s commitment to provide more comprehensive diversity disclosure — encompassing both the board and broader workforce — in its 2020 proxy statement.

Aligning a client’s values with their investments to minimize exposure to companies or industries whose business practices conflict with their personal convictions.

Integrating ESG factors into investment decisions to identify and emphasize investments in companies or industries with positive ESG practices or that solve specific ESG challenges; and to limit exposure to those with poor ESG performance.

Engaging with portfolio companies and fund managers to encourage improvements in ESG performance and mitigate risks related to ESG, and improve financial systems.

For many of today’s investors, the way they invest matters. Sustainable investing is a force for that positive change.

In this case study, learn about a mission-driven financial institution dedicated to providing access to credit to the underserved.

Sustainable investing can have fewer hidden risks, even in light of events like COVID-19, changing the investment industry and helping communities.

This material is for general information only and is not intended to provide specific advice or recommendations for any individual. There is no assurance that the views or strategies discussed are suitable for all investors or will yield positive outcomes. Investing involves risks including possible loss of principal. Any economic forecasts set forth may not develop as predicted and are subject to change.

References to markets, asset classes, and sectors are generally regarding the corresponding market index. Indexes are unmanaged statistical composites and cannot be invested into directly. Index performance is not indicative of the performance of any investment and do not reflect fees, expenses, or sales charges. All performance referenced is historical and is no guarantee of future results.

Environmental, social and governance (ESG) funds are subject to the risk of underperforming the broader equity market or other funds that do not utilize ESG criteria.

Insurance products are offered through LPL or its licensed affiliates.  To the extent you are receiving investment advice from a separately registered independent investment advisor that is not an LPL affiliate, please note LPL makes no representation with respect to such entity.