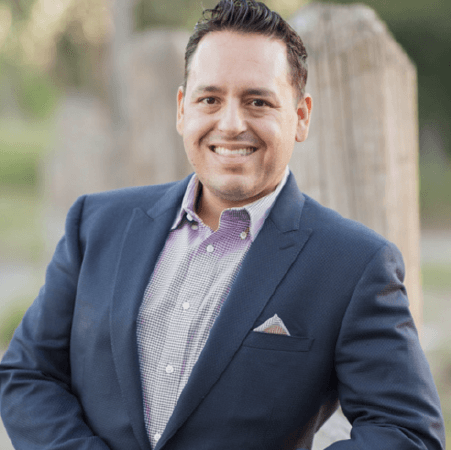 Jason Valle’s Success Is Born from Diversity and Inclusion

myLPL
Partnering With You
Advisor Experience

Diversity and inclusion are part of Jason Valle’s DNA — both in his personal life and as an LPL advisor at JV Financial. The experience and perspective he brings to his clients – and to his role as member of LPL’s Advisor Inclusion Council – can be traced back to his own very diverse family, as well as his educational and professional experiences.

The different lenses Jason’s seen the world through in his life have influenced how he runs his business. He makes a point to treat everyone who comes into his office absolutely the same. “You have to be sensitive culturally to what their past experiences are. Unfortunately, there are certain groups in the United States that don’t have as much financial education as somebody who grew up with slightly more privilege. So, a lot of my practice deals more with the educational aspect of investing. What is an advisor? What is a mutual fund, a stock, a bond – all these kinds of things. When you start bringing people up through education, you end up gaining their trust,” he said.

“The most beautiful thing about my practice is learning what made them successful, because inevitably, if somebody walks into your office and they're there to invest, they've accumulated enough assets to bring them to a place where they can now put them into the markets. They've achieved something, and everybody's story is different. I feel like my practice has grown tremendously because I’m absorbing what made my clients successful and hearing all these amazing stories,” Jason said.

A nearly 180-degree turn — and what changed his mind

When Jason graduated from college and began working in financial services, he discovered it was difficult to find educational brochures written in Spanish. “I live in Southern California, and if you don’t know Spanish, good luck to you. It’s just one of those things that’s so pervasive in the culture,” he said.

After he came to LPL, he began asking for Spanish language materials for his clients. “It was not an easy journey. It was one of the most difficult things I’ve ever undertaken, outside of my own practice. The initial reaction to me asking LPL for Spanish materials was, well, if we do it in Spanish, we have to do it in French and Portuguese and Chinese and Korean and Swahili,” he said.

While attending an LPL conference in Atlanta, he was asked if he’d be interested in joining the diversity and inclusion council at LPL.

The timing couldn’t have been better. At that moment, Jason was looking into other firms that might be a better fit for him. “This conversation completely changed the trajectory of my practice because all of a sudden, there was this group of people at LPL who were focused on, ‘how do we make this a more inclusive place?,’ and it completely changed the way I felt about the firm,” he said.  With that in mind, he went from looking for a way out to being part of changing the culture for the better — and recruiting more people to join.

The formation of LPL’s Advisor LPL Inclusion Council made a big difference to Jason — and to others. “It’s made up of advisors at all the different levels of practice, with different backgrounds and specialties. It's become this wonderful resource at LPL that continues to get better every year as the council expands. The people who run the council started noticing that the more we provide to this group, the more we're providing to the firm. I'm very proud of the work we've done,” he said.

That work includes the creating the kind of educational materials Jason sought years ago for his Spanish-speaking clients — although the first stage was rough. “Initially, I was told, ‘Well, we’ll Google Translate some articles for you,’ and then they provided me the Google Translate articles, and they were awful,” he said.

This was clearly a case of progress over perfection. The next step was hiring a professional firm to create multiple brochures as part of an educational series. These days, advisors with multi-lingual clients are able to upload documents into ClientWorks and get them translated through vendors. With that, what started as wanting two pamphlets to share with clients grew into a movement. “That’s probably the thing I'm most proud of,” he said.

Want to learn more? LPL’s Advisor Inclusion Council can change the way you run your business.