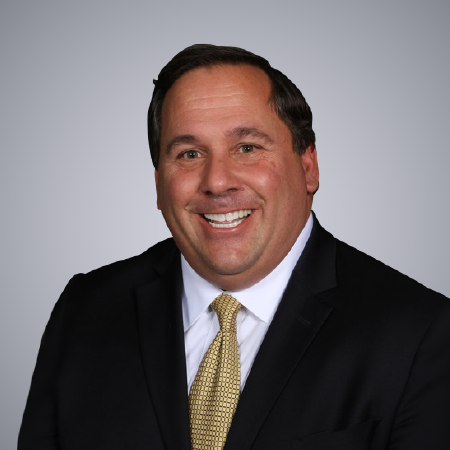 Breaking Away to an Independent Business Model: One Advisor’s Journey

For Rich Dragotta, president of INC Advisors in Paramus, New Jersey, his professional future unfolded for him — literally and figuratively — in his manager’s office at Merrill Lynch in 2002. While discussing his future, his eye caught a magazine that was flipped open to a feature story on LPL Financial. “It said something like ‘LPL, Just Getting Bigger.’ Todd Robinson was on the cover and I didn’t even know what or who LPL was. I just took the magazine off of his desk and left.”

The article reported on LPL’s advisor model, which was new to Rich. “I didn’t even know what an independent model was. I was a poster boy for a wirehouse model,” Rich says. Or so he thought.

After performing his due diligence, Rich left Merrill Lynch for LPL in 2003, “I was breaking away before the word ‘breakaway advisor’ even existed,” he says. The move was not impulsive. In fact, Rich convinced himself that it would be a one-time move, a place where he could build a business as an independent.

While Rich’s business plan was still taking shape, he knew its operations would need to align with his personality and affinity for people. “The infrastructure started as a base of a solid value proposition. It was about community. It was about being around people. It was about offering my skill sets and talents in managing and helping people manage their businesses. That is my passion.”

“It’s still about advocacy. It’s about community. It’s about having a genuine interest in helping people run their businesses.” – Rich Dragotta

With his network of industry ties, Rich began to attract financial professionals of a similar mindset – with everyone sharing their ideas and experiences in building a large, independent practice. “It became unified independence; a network of independent consultants and advisors where everyone runs their own business, but we’re incorporated under one umbrella: INC Advisors,” he says.

Those seeking Rich out did so for a similar reason: a desire to be in control. “Sure, the payouts are great, the services and products are great, but the underlying reason is that they want to be in control of their professional lives,” he said. “If you’re just another number or employee, that’s not necessarily bad, but you don’t have that same control. It’s just not fun being under someone else’s agenda.”

Breaking away from a wirehouse and forging his own path was replete with risks – something that motivated Rich. “Change is unsettling, but if it’s in the right direction and you’re passionate about it, it’s really something that you have to execute on,” he says. He acknowledges that leaving a secure job as a manager with a salary and bonuses can be tough. But as he points out, “then you have your freedom and you’re hopefully happy.”

In some respects, the decision for Rich came down to a binary choice: “The way I see it, you’re either growing or contracting. Complacency kills, in my opinion,” he says. “Insanity is repeating the same things that aren’t working.” When setting out on his own, Rich set concrete goals for himself — “checkpoints of growth” — to ensure he was directed and focused on fulfilling his vision.

For its first decade, INC Advisors operated with a traditional “purely transactional” business model, but slowly evolved into an advisory practice. “I think about what I was doing 18 years ago, and my value proposition isn’t close to where it is now.” While he says most advisors enjoy successful careers as asset managers, he sees the most change coming from wealth management services – something he says distinguishes his own practice. “It’s really holistic wealth management,” Rich says.

Rich credits a good part of his growth to LPL and its support services. “Their commitment in terms of technology – being at the forefront – is important,” he says. This helps him carve out operational efficiencies that make him a more effective advisor.

He relies on LPL’s marketing services to help him raise awareness for his brand, while also helping him navigate various regulatory requirements. “Marketing has given us control of our messaging,” he says, adding that LPL’s other capabilities have been essential for his company’s growth. “Just having all of the products and services out there and available … they’ve done a great job in allowing us to compete in this competitive marketplace. You really need to have all sorts of solutions, whether you utilize them or not.”

Looking to the future, Rich’s focus remains the same as when he started with LPL 18 years ago, even if the industry around him has changed.

“It’s still about advocacy. It’s about community. It’s about having a genuine interest in helping people run their businesses.” It's not forgetting that I came here to be independent, to really work with advisors in a way where it's their business, they're in control. And really, I'm kind of the chief operating officer to what has now been over 100 businesses. It’s a great win for everyone.”