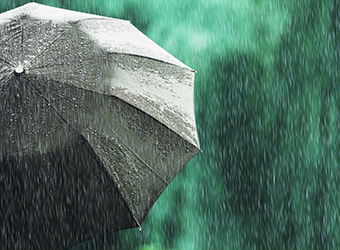 The Curious Case Of Negative Yields

There’s a growing pile of negative-yielding debt around the world amid extraordinary monetary policy initiatives. While maintaining respect for global money flows, we believe the combination of economic fundamentals, domestic monetary policy, and a widening federal budget deficit limit the prospects for sub-zero yields in the United States.

The trend of negative yields has yet to spread to the United States, but it has already pushed U.S. Treasury yields near all-time lows.

Fixed income investing has traditionally been regarded as a stable source of yield for suitable investors. One party lends another party money, and the lender receives interest in return for the risk incurred by providing capital.

Given extraordinary global monetary policy initiatives, however, that basic premise of fixed income investing has been turned upside down. There’s a growing pile of bonds around the world offering negative yields, in which a lender now pays the borrower for the privilege of loaning the borrower money. [Figure 1].

Unfortunately, the global search for yield has now morphed into a scenario in which fixed income investors, or lenders, attempt to “potentially lose less” rather than “earn slightly more” than the value of the loan extended. Negative yields have also been a challenge for banks and savers, who both depend on rates for income. Wall Street has pointed to a flurry of theories why negative yields exist this late in the economic recovery—a global savings glut, aging populations, or a world bent on instant gratification (income today over income tomorrow). At any rate, negative-yielding debt is rapidly becoming the new normal.

Over the past several years, multiple central banks, including the Bank of Japan and the European Central Bank (ECB), have enacted negative policy rates in order to boost economic activity and stoke inflation. Recently, central banks have loosened policy even more as the U.S.-China trade dispute curbs global economic activity and weighs on currencies. On September 12, the ECB cut its deposit rate for the first time since 2012, pushing it further into negative territory.

The trend of negative yields, led by global trade concerns, has yet to spread to the United States, but it has already pushed U.S. Treasury yields near all-time lows. While domestic economic fundamentals support a 10-year yield much higher than these levels, ultra-low rates elsewhere have spurred a global rush into Treasuries.

Fortunately, there are several catalysts that could at least keep a floor under U.S. yields. Domestic economic data remains healthy, and there are signs that global economic output has firmed in recent weeks. The S&P 500 Index has found its way back to within 2% of all-time highs, reducing the thirst for safe-haven assets. The ballooning federal budget deficit also may require more Treasury issuance, which could in turn increase the possibility of higher yields.

We look for the Federal Reserve (Fed) to implement two more 25 basis point (0.25%) interest rate cuts before the end of the year, taking the Fed funds rate down to a range of 1.5–1.75%. In a vacuum, a lower Fed funds rate should support higher long-term yields as investors bet that policy will boost both demand and inflation. Given the U.S. economy’s resilience and the already low policy rate, we do not expect the Fed to take rates much lower than the 1.5% threshold. Indeed, policymakers want to ensure enough wiggle room to adjust rates further when a recession may appear more likely. In this scenario, a Fed funds rate of 1% could be the new zero, accompanied by other recession-fighting initiatives, including renewed quantitative easing programs.

Though we view the possibility of a negative Fed funds rate as unlikely, we’ve learned never to say never, particularly given the power of global money flows. Monetary officials in the United States are concerned with global economic and pricing stability, but Fed cuts may not be as effective in weakening the U.S. dollar if other central banks loosen policy even more. Unless the Fed takes further action, Treasuries could still be the main target in the worldwide hunt for yield, which would support bond prices and keep a lid on rates.

Considering the inclination of global central banks to loosen monetary policy, negative yields are likely to persist in many areas of the world. We look for the Fed to cut rates twice more, bringing the federal funds rate down to about 1.5%, providing some wiggle room should a potential recession require further policy easing. The combination of easier policy, economic fundamentals, and the widening budget deficit suggests to us the prospects for slightly higher market interest rates going forward. As a result, we will continue to favor investment-grade bonds and mortgage-backed securities for suitable investors when implementing the fixed income allocations within diversified investment portfolios.

Credit ratings are published rankings based on detailed financial analyses by a credit bureau specifically as it relates to the bond issue’s ability to meet debt obligations. The highest rating is AAA, and the lowest is D. Securities with credit ratings of BBB and above are considered investment grade.

U.S. Treasuries may be considered “safe haven” investments but do carry some degree of risk including interest rate, credit, and market risk. They are guaranteed by the U.S. government as to the timely payment of principal and interest and, if held to maturity, offer a fixed rate of return and fixed principal value.