Turkeys, crude oil prices, stressed credit markets, and Brexit are among the topics discussed in this week’s Market Signals podcast.

We do not believe falling oil prices are any indication of slowing global growth. It’s a growing supply issue as opposed to a falling demand issue in our estimation.

During the holiday season, we like to have a bit of fun at LPL. And although we would never invest on this, it is interesting to note that the average weight of a turkey has grown from seventeen pounds in 1960 to nearly thirty one pounds today! As you can see, this spuriously correlates with the S&P 500 Index. Happy Thanksgiving!

On other matters, crude oil prices dropped 27% from their early October peak, begging the question: Is this a sign of an impending global slowdown? The downdraft has affected credit spreads as well, indicating the bond market is feeling some stress. In this week’s podcast, LPL Research strategists, John Lynch and Ryan Detrick, discuss why an impending global slowdown isn’t necessarily a sure thing.

It’s true that investment-grade and high-yield market spreads — which tend to show troubles ahead of the economy and stock market — are displaying signs of stress. However, LPL’s strategists report seeing a very healthy corporate balance sheet in the US. In many cases spreads are increasing, although they’re actually only returning to historically normal levels.

LPL’s research strategists also ponder the unknowns concerning how Brexit will play out and what it will mean for the global economy. UK Prime Minister, Theresa May, appears to have reached a deal with her EU counterparts in Brussels to take Britain out of the EU next year. However, the deal must first be ratified by Parliament in London. Opposition lawmakers and members of May’s own party have vowed to reject it. Things could get messy for all involved. 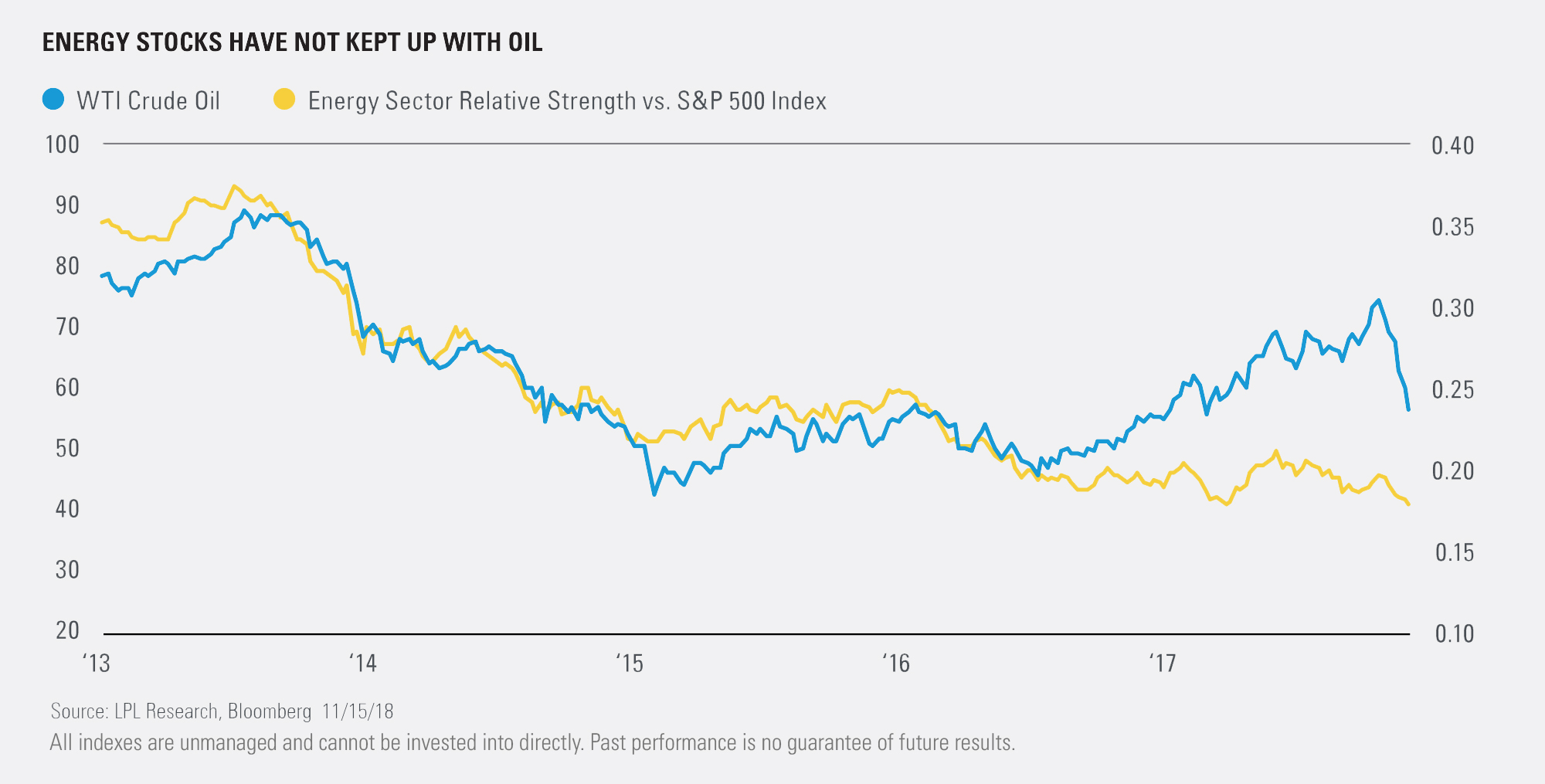 Energy stocks didn’t gain earlier this year when crude oil was strong, which was a potential warning sign something was wrong. Now crude oil has pulled back 27% from the early October peak and energy companies continue to lag.

If you are a financial advisor, talk to a recruiter to learn how you can affiliate with LPL.