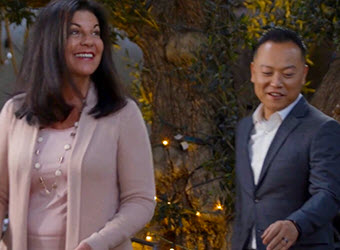 Around the Table Episode 7: One of the Few

Despite efforts at diversity and inclusion, many financial advisors still find themselves in situations in which they’re among the few advisors representing certain backgrounds. What are advisors doing to change that and is it making a difference?

Go to any gathering of financial advisors. Chances are there will only be a limited number of women or people of color. There may be even less from backgrounds that can’t necessarily be distinguished by physical appearances.

It’s a reality of the financial planning business: it’s still comprised of a largely homogenous group of people.

In this episode of “Around the Table,” LPL leaders and advisors discuss what it means to be “one of the few.” They also share thoughts on how their presence in the industry is perceived, as well as what they’re doing to change things and the effects their efforts are having.

Watch the complete episode to learn more about the need for and realities of diversity and inclusion in financial planning.

You can also learn more about what we’re doing at LPL to create a more diverse, inclusive culture for our advisors and employees.

Kathleen Zemaitis: Well Lee, you've been in the business for over 30 years, so you must have seen lots of different-

Lee Bethel: Well the interesting part, we've been having these conversations about conferences, and more often than not I'll be one of the few African Americans who are there. And it sometimes takes a minute, I don't want to say to be accepted, but for people to realize that you're there because you're qualified to be there. And one of the things that I did over the years is I've been very big on education and I think at this present point in time I have nine professional designations.

Marci Bair: Yeah. It's like this long after his name.

Lee Bethel: So I did that primarily one, for two things. One to show that yes, I can be qualified at what it is that I do, and to show the clients that I work with that we've taken the time necessary to arm ourselves with the education to be as knowledgeable as possible so that we can advise them in a advisory type of capacity. So I can say to them, "How can I help you?"

Lee Bethel: And so it's interesting because I know as the women or the Hispanics or the Asian, when we go places, when we get into the masses we'll find that we're one of one, or one of two. And we have to be [inaudible] of that but also be an example so that others can follow us.

Kathleen Zemaitis: You had a great visual that you told me. I don't know if you remember this analogy, but do you remember the analogy you shared with me about what it's like to be at a conference in financial services?

Lee Bethel: Did I really say that?

Kathleen Zemaitis: It was so helpful for me because when you said this analogy I was like oh, my gosh that must feel amazing.

Lee Bethel: I think she's going to the chip in the vanilla ice cream.

Lee Bethel: So I've used that in the past in fact with some of my contemporaries we go to a conference and we're texting back and forth, "Three chips!"

Kathleen Zemaitis: But I thought it was so helpful, because-

Kathleen Zemaitis: It is the visual, because if you are not noticing that because you are in the majority, because I've shared that visual within our leaders at LPL, and it's so helpful, because once you hear that visual, I can't go to a conference ever again and not see that visual. So it's actually helpful for those who may not see that.

Marci Bair: The female advisors, what I just joked, is that there's no line to the women's bathroom.

Marci Bair: So we go to most sporting events or any kind of event, concerts or whatever, our bathroom is looped around the building, but financial services walk right in.

Kathleen Zemaitis: That's one of my metric is to lengthen the lines at the women's restrooms at the conferences.

Marci Bair: Yeah. And so it is getting longer now.

Marci Bair: So we're like outside the door now and starting to get there which is great.