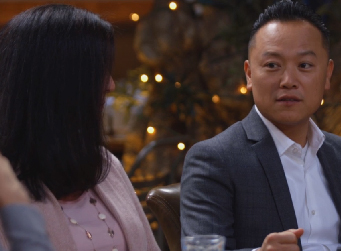 Around the Table Episode 5: A Modern Community of Investors

They’re empowered and more well informed. They’re racially and ethnically diverse. They include a growing number of people from the LGBTQ community. Many are marrying people of races and backgrounds different from their own. The number of them classified as Millennials will soon outnumber Baby Boomers.

They’re today’s “modern community of investors,” and their cultural nuances, preferences and perspectives are driving changes in the financial services industry. In this episode of “Around the Table,” LPL leaders and advisors discuss how advisors can embrace the changes to better connect with an increasingly diverse investor community.

A more thoughtful choice of words is a start. For example, employing forms that ask for information about a “spouse” or “partner” instead of “husband and wife” are more likely to come across as welcoming to certain prospect communities.

Understanding language preferences can make a difference as well. Foreign-born customers may be able to speak English but feel more comfortable discussing financial matters in their native language.

Don’t be left behind. Watch the complete episode to learn more about connecting with a more diverse investor community. Also take a few minutes to learn about the diverse, inclusive culture we’re creating at LPL for our advisors and employees.

Kathleen Zemaitis: Well, that's a great point, Marci, because I was just curious about how you all are seeing your practices changing. Because we know that this change is happening, and it's happening really quickly. And so if you're not in an advisor who is recognizing that change, you're going to be left behind and not up with the modern community of investors. I think it's 41% of millennials identify as nonwhite, and we know the fastest growing marriage is interracial marriage. And so that is just right behind us, right? As far a generation. So how do you see those changes happening in your practice?

Ye Su: For my institution, my credit union example, that's ... We are sort of on the forefront of the whole [inaudible] diversity and inclusion push or initiative or wave. For one, again, I mentioned earlier, Walt Disney Company by itself is a very diverse and inclusive company. Number two, we have this model of cast serving cast because we're all part of the same company. So we are cast members. We're serving cast members too, so that makes you feel at ease. That's the whole point of, hey, me speaking a language, the same language as you though, right? [crosstalk] We're on the same team, so there is ... You're not just a number to me. You're actually just like me. Hey, we have the same 401k. So that's important to identify. I mean, they identify that, they identify with us. It's reciprocal. It works both ways.

Jason Valle: I think in my practice I primarily would work with somebody who prefers to speak Spanish, and there's a big misconception out there as well. Even though millennial demographics are changing, you do have first generation people that come here. And while they can speak English in a conversational sense or enough to get by at work, when it comes down to focusing in on writing or reading in anything that's financially based, they prefer to speak their own language. And most of the time in my practice that happens to be Spanish. I think you have to be sensitive to that.

Jason Valle: But in capturing the next generation, that may not be an issue for them, but they want to know that you can identify with mom and dad and identify with whatever it is that we're gonna need. You really have to keep your mind open to those changes that are happening.

Marci Bair: I think you brought up a point about if you're serving a community that's just ... It's not necessarily ... So let's the LGBT community. How could you let the LGBT community know that you're open and welcoming without putting a big rainbow flag outside your office or something? But just from simple language on your website and some of the materials that you have, your questionnaire that you use when bringing on somebody new, that you just use the words ... Just simply just instead of husband and wife on an application or a questionnaire, it says "spouse/partner" or "client one/client two." Just something more generic like that just from the beginning. Because if an LGBT couple came in or even a single person came in that was gay and they see this paperwork, they're like ... And it just says "husband and wife" on there, it's like, that's clearly ...

Bobbie Meola: Those are great points.

Marci Bair: Yeah. That's just a simple way. And then some language on your website that just lets people know.

Lee Bethel: Because everybody has the same needs.

Lee Bethel:   I mean, we all want to save for our retirement.

Lee Bethel:   We all want to plan for our next generation. We all need wills and trusts. It's not, again, color coded.