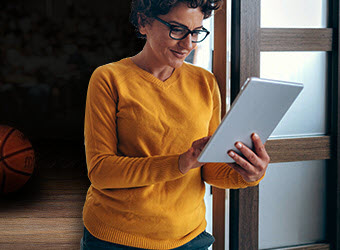 Lessons from March Madness on the Value of a Financial Professional

Picking the NCAA tournament champion may win you bragging rights or a few bucks from the office pool. But a financial professional’s objective guidance can help put you on the path toward a winning investment strategy.

There’s no shortage of articles comparing March Madness to investing.

From unprecedented winning streaks to Cinderella stories, there are many parallels between the NCAA Division I men’s basketball tournament and the world of wealth management. The analogies also offer some important lessons as to why working with a financial professional can be a smart strategy.

The names John Wooden and Mike Krzyzewski are well known among college basketball fans for a good reason. Having taken teams to the Final Four more than any other coaches, they are recognized as among the best in the business.

What makes them great coaches is their ability to provide leadership, inspire confidence, and make the most of their team members’ strengths and natural talents. The players move the ball down the court, but the coach develops and executes the plan to get the ball where it needs to go.

Getting team members to stick to a plan isn’t easy. Players are under pressure from fans and sports writers to make the big plays. That’s why one of the most important attributes of a good coach is the ability to create a relationship built on trust. Without it, even the best plan won’t get followed.

The same holds true with financial professionals. The best among them help their clients remain confident in achieving their goals even when short-term market behavior might lead them to believe otherwise.

The idea behind March Madness — and much of the fun — is predicting how the tournament will unfold and which team will emerge as the winner. You can analyze past performances, or study point differentials, first round win percentages, and any number of other metrics. Ultimately, it’s a guessing game. The same holds true for the market.

Investors employ everything from past pricing history to sophisticated software in their quest to choose the big market winners. A good financial professional, however, knows the goal isn’t predicting the next tech maven. It’s building and managing an investment portfolio that can address your specific goals.

Picking the NCAA tournament champion may win you bragging rights or a few bucks from the office pool. But a financial professional's objective guidance and focus on your long-range financial plan is what can get you working towards a winning investment strategy.

Among the biggest commonalities between March Madness and investing is the role of emotions. They tend to run high during times of market volatility, just like during March Madness.

There’s a lot of drama as 68 NCAA basketball tournament teams are whittled down to the final four. Those miraculous bracket busters and last-second upsets make for high tension, on-the-edge-of-your-seat entertainment.

Watching the ups and downs of the market isn’t quite as fun, and the emotional extremes can trigger irrational investment decisions. Depending on who you were rooting for in the tournament, you might spend the week after the championship game depressed or ecstatic. An ill-made decision regarding your investments, however, could result in substantial, life-altering financial losses.

A financial professional’s job is to look out for your financial best interests. So, consider leaving the constant market monitoring to him or her. It will free you from the stress of daily stock fluctuations — and the temptation to make rash, emotionally charged financial decisions that fall outside your investment plan.

Unfortunately, emotions can easily cloud your decision-making when making your bracket picks. Pride in your alma mater may be behind your selection of it to take the championship. But if your team doesn’t have the talent and drive to go all the way, it’s just wishful thinking.

You may have other cognitive biases at work too. For example, you may select a team to win a bracket because it’s coming into the tourney with a three-game winning streak while its opponent is coming in with three consecutive losses. You disregard the fact that the one with the three recent losses has the better overall record.

When you go the do-it-yourself route of investing, there’s a similar tendency to base decisions on feelings instead of facts. For example, you may get caught up in “herd mentality.” But a financial professional doesn’t care what everyone else is doing, even if Warren Buffet is leading the charge.

You’re paying a financial professional for objective guidance. As a fiduciary professional with your best interests in mind, he or she will draw upon a wide range of tools and research to inform that guidance.

Of course, we do love to see an underdog win. The problem is that underdog successes aren’t that common in the later rounds of the NCAA tournament. When making your tourney picks, don’t count on too many Cinderella teams going to the ball — or rather the championship.

The same goes for investing. It may be fun to pick the dark horse investments, but they generally involve an increased level of risk. Trust your chosen financial professional to keep you focused on reality instead of the fairytales.

Financial security is not a game

Regardless of your tournament picks, March Madness 2019 culminates with the championship game April 8. Life returns to normal the following day — or maybe the next week depending on how emotionally invested you are in the outcome.

The bottom line is that the championship game is just that: a game. That’s not the case with your investment plan. It’s your future.

Nonetheless, it is fun to seek out nuggets of wisdom from March Madness to apply to your financial future. Perhaps one of the most important is that you really can’t do much to increase the odds of a perfect March Madness bracket. But, you can improve your chances of achieving your financial goals. Trusting a qualified financial professional to provide objective advice and a well-defined plan can help you towards the winning path.

The opinions voiced in this material are for general information only and are not intended to provide specific advice or recommendations for any individual security. To determine which investment(s) may be appropriate for you, consult a financial professional prior to investing.