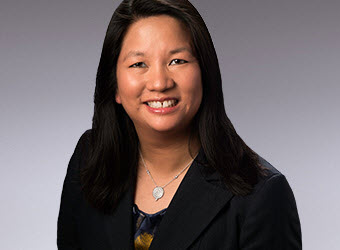 “I believe that embracing diversity – at the professional, civic and personal level – helps us build a community that is representative of everyone in it.” - Peggy Ho

Executive Vice President Peggy Ho has been named one of the 50 Most Influential Attorneys of Color in the greater Boston area, according to Get Konnected!, an inclusive business network in Boston.

Ho serves as chief of staff to LPL Financial Managing Director and Chief Risk Officer Michelle Oroschakoff and is head of Government Relations, managing the strategy and business operations for the legal and compliance functions within the firm and overseeing the firm’s government lobbying and advocacy efforts. She also champions the department’s efforts to promote and foster a diverse and inclusive environment, including leading the department’s Diversity & Inclusion Committee.

“I’m humbled and honored to be recognized for doing work that I’m truly passionate about. It’s important to create an environment where people can be who they are, that values their unique talents and perspectives, and makes them want to be engaged,” Ho said, who is the daughter of Taiwanese immigrants. “I believe that embracing diversity – at the professional, civic and personal level – helps us build a community that is representative of everyone in it. I try to bring that perspective to every hat I wear, inside and outside of the office.”

Ho is the chair of the LPL Political Action Committee and is a current board member of the executive committee for the Boston Bar Association, as well as a board member of the Greater Boston Legal Services, The New England Council and the Asian American Lawyers Association of Massachusetts. She was appointed by Governor Charlie Baker in 2016 to serve as a Commissioner of the Massachusetts State Ballot Law Commission.

“In creating this list, we invited members of the legal profession and the public to identify some of the best legal minds in Greater Boston who just happen to be people of color and are truly the hidden figures of their profession. These honorees have distinguished themselves and are making their mark in the legal profession while serving as role models for the next generation,” Phillips said. “We also applaud the law firms and corporations who are advancing diversity and inclusion both in their workforce and in the legal profession in general.”