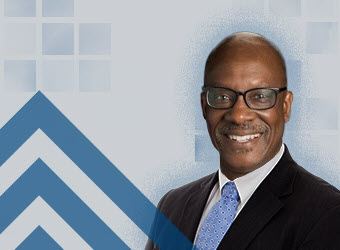 LPL Financial Advisor Reflects on 40 Years in the Industry

In January 1979, Lee Bethel, president of Comprehensive Benefit Services, Inc., was 22 and ready to launch. He had recently graduated from Atlanta-based Morehouse College, and, after a summer selling books door-to-door to pay for college, the biology major had changed his focus. Bethel had been approached by his uncle, Ted Tillman, one of the first African American agents hired by New York Life, to consider joining his practice. That prospect would chart his course for a successful career providing insurance, employee benefits and investment services.

This month, Bethel celebrates four decades in the business, and in 2018, he marked 30 years as an advisor with LPL Financial. Throughout his career, Bethel has embraced a commitment to continuous learning and to supporting African American business owners and emerging financial advisors, paying forward the support he has received personally and professionally over the years.

Bethel, a father of three grown daughters, said his success is “the result of all those things I did before.” The relationships he made, the opportunities he seized, the commitments he kept and the knowledge he gained.

Building a business that matters

Bethel never got the chance to work with his uncle; he passed away unexpectedly shortly after Bethel graduated from Morehouse. But he was on the right path. His aunt, Betty Tillman, introduced him to Lang Dixon, another African American insurance professional. After working for three years with New York Life, Bethel left to begin working with Lang. He started with insurance and extended his services to employee benefits when he moved to Washington D.C. in 1987. When his clients needed investment services, Bethel sent them to Dywane Hall, who at that time was an advisor with Private Ledger and is now an LPL OSJ and financial advisor. The two worked well together, and in 1987 they began to share office space, which is a relationship that remains today. In 1988, Bethel earned his securities license and began offering investment services through Private Ledger. Shortly after, in 1989, Private Ledger and Linsco merged to become Linsco Private Ledger, now LPL Financial.

Sticking to a roster of smaller plans turned out to be an asset. By working one-on-one with clients in a specialized area, he has been able to differentiate himself by gaining experience across the range of plan-related topics and issues. Where bigger firms might outsource or have specialized roles to support areas of business risk or for consultation, relating to Employee Retirement Income Security Act (ERISA) consulting or health savings accounts, he is adept to address the issues without expense.

When LPL Financial acquired National Retirement Partners (NRP) in 2010, it was a turning point, he said. He gained access to more robust resources and support that enabled him to compete at a higher level. And it delivered a network of plan-focused advisors. Advisors working in this space would find each other at LPL’s annual Focus conference, gathering at a grassroots level in a conference room or for dinner.

In a growing market, Bethel wanted to be positioned for success, which led him to pursue designations, “as many as I could,” he said. Nine, in fact. He has received many of them from The American College of Financial Services, and served on the college’s board of trustees for many years. He is currently working toward his Retirement Income Certified Professional® designation from The American College.

He remains a champion of continuous learning. In his work, he sees his role to educate employers about the importance of providing quality employee benefits. In his community, he advocates for teaching financial literacy in schools and increasing awareness and access to a career path in financial services. And in the industry, he encourages his peers to mentor African American financial advisors, “to not only bring them into the business, but help them to stay.” Like Lang and Hall did for him. “We need to get busy so we can guide and assist our community in accumulating and building wealth for generations to come.”