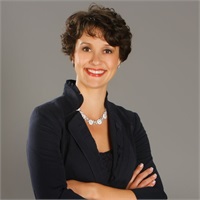 Facebook Live video below - Courtesy of Congresswoman Cathy McMorris Rodgers or listen to the Podcast version.

As an advocate for independent business owners and a highly engaged member of the LPL Political Action Committee (PAC), LPL advisor Cary Wong, CFP® recently took advantage of an opportunity to meet with U.S. Rep. Cathy McMorris Rodgers—in her car. Wong, founder and president of GMT Wealth Management, was featured in the congresswoman’s second episode of her Facebook Live video series, “Car Rides with Cathy”.

A play off of “Carpool Karaoke,” a segment of The Late Late Show hosted by James Corden, the series is a spotlight for conversations between the congresswoman and constituents in her home state of Washington. The episode was recorded with Facebook Live on May 30 as she drove the congresswoman to an event in Spokane Valley, where the advisor lives and works. During that 10-minute drive, Wong was able to cover topics that are important to her, including tax reform, working in a male-dominated industry, building trust and creating conversations in a political climate where people are sometimes unwilling to consider other points of view.

“Knowing that my voice is being heard has been a powerful transformative experience for me,” she said. “And it would have never happened if I hadn’t taken the first step of finding a way to get involved.”

Wong began to engage in advocacy efforts with the LPL PAC, which she says helps provide a strong, collective voice and coordinated advocacy efforts that she believes are invaluable to independent business owners. “We need our collective voice to be heard on all the topics that impact our businesses,” she said. “Prior to joining the LPL PAC I remember feeling overwhelmed, frustrated and challenged by all of the rules and regulations that were being proposed.”

She encourages other LPL advisors to become more involved by reaching out to their elected representatives’ district managers. “The district managers are the ‘boots on the ground’ for their elected officials, and they welcome the opportunity to develop new relationships,” she said. “It’s easy for people to forget that our elected officials and their support staff are simply people, too. Invite them out for coffee or to a social event, and they will remember you for it.”

The opinions expressed in this video do not necessarily reflect the views of LPL Financial.

The mission of LPL Government Relations and the LPL Political Action Committee is to build strong relations with regulators and legislators so that we're in the best position to serve as trusted resources when Congress or regulatory agencies consider policies affecting the delivery of objective financial advice.