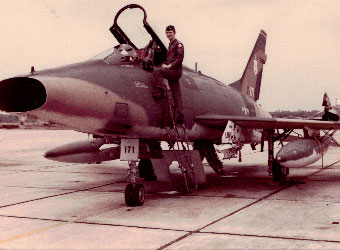 A Life Built on Service - To Country, To Community, To Clients

LPL advisor Sid Lorio, CFP, AIF (CEO of Lorio Wealth Management in Bedford, Texas) spoke to us about how the values he learned while serving in the United States Air Force shaped his career as a financial advisor.

Sid Lorio believes his former job as a fighter pilot was ideal training for his financial planning practice—and a natural career path for him.

"My dad worked for Braniff Airlines," he points out. "And my mom worked at a VA hospital, so we always had a connection with military families. I don't think anyone was surprised when I enlisted in the Air Force to fly fighter jets."

The lessons Lorio learned while serving his county had a profound effect on him. "In the military," he said, "you have to be disciplined. As a pilot, you must have a flight plan and you stick to it. Those are the exact same principles I try to teach my clients today."

After the Air Force, Lorio became a pilot for Braniff. "Airline pilots have a keen sense of responsibility," he explains. "You never lose sight of the fact that, on every flight, you are responsible for the lives of hundreds of people."

He feels the same deep responsibility for his financial planning clients. Many of these families trust the assets—and the financial futures—of several generations to Lorio's guidance.

"A large proportion of my clients are retirees," he observes. "We have Vietnam War vets. Korean War vets. Even some World War II vets. My goal is to put them on the path toward a life without financial worry."

With a practice that has extended over more than three decades, Lorio says he has helped clients navigate through at least four major market corrections. "They are often concerned that they could lose everything. We teach them to take the emotion out of their financial decision-making. I help them to plan and act with discipline."

Lorio's most important advice to people entering the financial planning profession (as his wife, Gloria did in 1989, and his son, Steven did in 2004), is not surprisingly, about service to others. "Become involved with organizations in which you can give back to your community. I joined Rotary 35 years ago. They have a wonderful motto: 'Service Above Self.'"

It's a noble motto—and one that could just as easily have been invented to describe Sid Lorio himself.