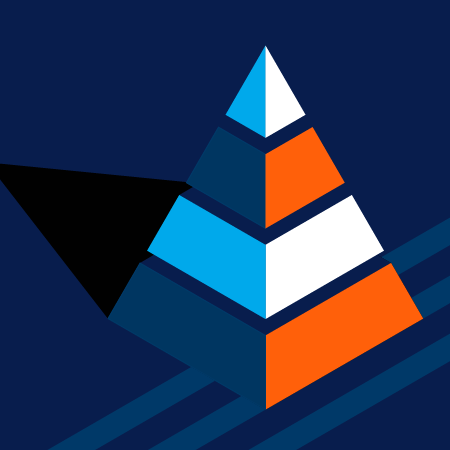 Celebrating the 30th anniversary of the Strategic Asset Management platform

Over the last three decades, LPL has forged a unique path alongside you, and together, we expanded the value of advice and helped drive the industry toward fee-based relationships. Our advisory journey began with the creation of the Strategic Asset Management (SAM) platform, which was one of the first-ever fully fee-based platforms in the industry. And just like LPL solutions developed today, this concept started with you—our advisors and financial professionals—whose ideas and feedback have led to some of our best innovations.

The idea for SAM was born at an advisor reward conference in 1991, similar to today’s Masters event. A group of advisor attendees asked LPL leaders during a roundtable discussion if the firm could find a way to package mutual funds together in a single account and charge clients an annual fee based on assets, rather than commissions.

At the time, most advisors were still purely commission-based, but the idea of charging an ongoing fee for all services was beginning to gain traction—and LPL advisors were at the forefront of this revolutionary shift, leading the industry to a better way of offering financial advice.

As a result, just a few months later, LPL launched SAM with tremendous success—despite initial hesitation from some of our third-party partners at the time. Jim Putnam, who was then vice president and national sales director at LPL (now chairman of the LPL board) and pivotal to SAM’s launch, explained: “The whole idea of SAM was controversial at the time. Not one load group wanted to let us use their funds.” In fact, when SAM was introduced at industry meetings, it was often booed, because participants so disliked the idea of eliminating commissions.

With your feedback and future success in mind, we kept pushing forward

On top of the participating funds’ hesitancy, pulling together hundreds—eventually thousands—of outside funds into a single account also required significant development of systems that simply didn’t exist at the time, which meant building an entirely new back-end system. Plus, as a result of legal requirements, LPL ultimately formed a registered investment advisor (RIA) to be able to offer SAM to advisors. This, of course, set the stage for many future offerings.

SAM was widely embraced by LPL advisors and hit $5 billion in assets just a few years later—$2.5 billion more than its closest competitor. Today, SAM has $296.1 billion in assets and continues to help you deliver highly customized advice and exceptional service to your clients.*

“As I reflect back on the history of LPL, the launch [of SAM] was such a major turning point in changing the nature of this firm and how our advisors work with their clients,” said Putnam. “It genuinely separated us from our competitors."

We’ve continued to launch new advisory platforms and options in response to your needs. For example, a few years after SAM’s launch, advisors asked for a way to offer their clients LPL Research’s investment perspective without having to build the models themselves—and this concept led to a new idea for centrally managed platforms, starting with Model Wealth Portfolios (MWP).

“The MWP platform allows you to access a full lineup of models from third-party strategists and build your own models while outsourcing the trading and rebalancing to LPL. This not only gives you the ability to create personalized portfolios for your clients, but also allows you to gain scale and efficiency through running a models-based practice,” said Rob Pettman, executive vice president, Wealth Management Solutions.

“But this platform was initially designed to help advisors who were using LPL Research’s selected models and having to build and trade the portfolios themselves. We looked at that original idea and expanded the platform over time by adding more choice and flexibility to address your clients’ unique needs. Today, MWP is quickly becoming one of the industry’s most comprehensive single account solutions,” he added.

Just this year, several enhancements were introduced across LPL’s advisory platforms, making them easier to use and more flexible than ever before. Here are just a few examples:

With your feedback and ideas continuing to fuel our solutions into the New Year, 2022 promises even more platform innovations to offer you more choice, convenience, and control, while helping you scale your investment management. This will include a robust lineup of separately managed accounts within MWP, making it a true unified managed account, and so much more.

Our goal is to create the industry’s most diverse and compelling suite of wealth management solutions for you to choose from. It all started with the introduction of the SAM platform 30 years ago, and with your ongoing feedback and partnership, we will continue to shape the future of financial advice as we build tomorrow, together. 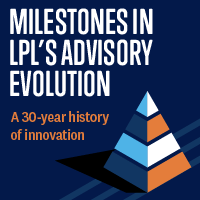 In honor of SAM’s historic 30th anniversary, check out a timeline with key milestones to see how LPL’s advisory platforms have evolved over the past three decades.

*As of 09/21. This figure includes assets managed under LPL's Corporate RIA.

**Note that systematic contributions are required for accounts under $10,000. Contributions must be set up via ACH using LPL’s Move Money tool (journals and checks are not permitted).

Advisors should only recommend an advisory account if it is suitable for the client. Advisory accounts may not be appropriate for every client. Advisors need to understand that advisory relationships involve a higher standard of care than brokerage and typically require an ongoing duty to provide advice and monitoring.

This material is for general information only and is not intended to provide specific advice or recommendations for your clients.

There is no assurance that advisory accounts are suitable for all investors or will yield positive outcomes. Advisory relationships involve a higher standard of care than brokerage and typically require an ongoing duty to provide advice and monitoring. Advisory accounts should only be recommend if it is suitable for the investor.