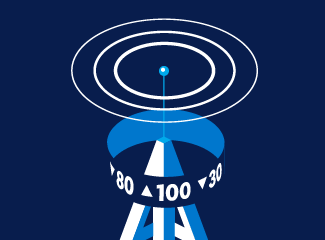 When Will The Fed Taper?

Subscribe to the Market Signals podcast series on iTunes, Google Podcasts, or Spotify and find us on the LPL Research YouTube channel.

In this week’s LPL Market Signals podcast, it is all about the upcoming Jackson Hole Economic Policy Symposium. Strategists Jeff Buchbinder and Ryan Detrick discuss what we can expect at the highly anticipated event. They also discuss when tapering might start, while also looking at stagflation and the upcoming worst month of the year.

The annual event moved to virtual, which Ryan noted right there could tell us a lot. The Federal Reserve Bank (Fed) will likely push tapering back to early next year, while maintaining support for an economy that could find a rough patch due to the delta variant. Jeff discussed that previous Jackson Hole events had major changes in Fed policy announced—2010 opened up Quantitative Easing 2 (QE2) and in 2020 the Fed changed how they viewed inflation. None the less, LPL Research doesn’t expect any major change in policy this year.

Stagflation is higher inflation, coupled with a weak economy. Think the 1970s, but the good news is LPL Research doesn’t see a repeat. Jeff pointed out for starters the market isn’t expecting runaway inflation. Yields are low, commodities have come back to earth, and break-evens have dropped. If Mr. Market sniffed out higher inflation, we doubt we’d see this. Ryan added that the consumer has the power for probably the first time ever. With our phones and globalization, it is easy for a consumer to find the lowest prices. Add it all up and due to the supply chain issues we are feeling on many materials and the big economic recovery, prices have no doubt increased across the board. But going out further into the future LPL Research continues to expect inflation to come back to trend and likely be beneath 3%.

September is the Worst Month of the Year

Ryan ended the podcast by noting that September has indeed been trouble for stocks historically, as it is the worst month of the year on average. For instance, stocks saw nearly a 10% correction during the month, again adding to calendar worries. Jeff added that we simply don’t know if stocks will pullback in September, but it has been nearly a year since the last 5% pullback, so stocks are likely due for some type of volatility over the coming months. Lastly, the Fed has another meeting later in September, so that could be an event that could cause some big moves.

Listen to the entire podcast to get the LPL strategists’ views and insights on current market trends in the US and global economies. To listen to previous podcasts go to Market Signals podcast. You can subscribe to Market Signals on iTunes, Google Podcasts, or Spotify and find us on the LPL Research YouTube channel.

This material is for general information only and is not intended to provide specific advice or recommendations for any individual. There is no assurance that the views or strategies discussed are suitable for all investors or will yield positive outcomes. Investing involves risks including possible loss of principal. Any economic forecasts set forth in the podcast may not develop as predicted and are subject to change.

References to markets, asset classes, and sectors are generally regarding the corresponding market index. All indexes are unmanaged and cannot be invested into directly. Index performance is not indicative of the performance of any investment and do not reflect fees, expenses, or sales charges. All performance referenced is historical and is no guarantee of future results.

All index data is from FactSet.

All information is believed to be from reliable sources; however, LPL Financial makes no representation as to its completeness or accuracy.