A positive jobs report, central banks taking a pause, and a U.S. consumer that continues to drive the economy should be drowning out the noise of trade and political headlines. LPL Research thinks it may be time to focus on the fundamentals.

LPL strategists spend a few minutes talking about recent reports and what they mean for the economy as we approach the end of 2019. They also take a look at what we expect in 2020, including our preferred positioning for equities.

The December 6 jobs report delivered more positive news and kicked off a big rally in the stock market Friday. Data showed that wages in the United States grew at a steady pace, but not at a rate that could hurt the economy. A bigger concern is the United States’ trillion-dollar deficit.

LPL strategists also looked back at last summer’s inverted yield curve, which, as they stated at the time, they believe was a “false positive” and not a recessionary signal.

Central banks are meeting this week, both the Federal Reserve (Fed) and the European Central Bank (ECB). LPL strategists don’t expect a rate change or any change in messaging from the Fed at this time. Will the Fed go to negative interest rates in 2020? The strategists don’t think so; historically, it has taken two years to transition from rate cuts to rate hikes. The real interest is in returning to the fundamentals of investing.

Christine Lagarde, a French politician, economist, and lawyer, took over leadership of the ECB in November and faces a daunting economic situation. She’ll need to convince European leaders to cut taxes and increase spending, moving the ECB from a decade’s worth of monetary policy toward fiscal policy. Meshing monetary and fiscal policies in Europe will be a key to stimulating the developed-market economies.

The ECB will meet Dec. 12, the same day as the next round of Brexit voting. LPL strategists committed to following up on the central bank actions and the results of the Brexit vote in next week’s podcast.

OUR OUTLOOK ON THE MARKETS

Retail sales have shown a good start to the holiday shopping season, and we continue to see the consumer carrying this economy. That raises some questions about LPL Research’s 2020 economic forecasts published in Outlook 2020: Bringing Markets Into Focus. With true clarity on trade, would it be possible to tweak some of the 2020 forecasts, especially the S&P 500 Index fair value target?

Right now, LPL strategist believe current valuations of stocks are fully justified. Listen to the podcast to find out their guidance on positioning equity portfolios. 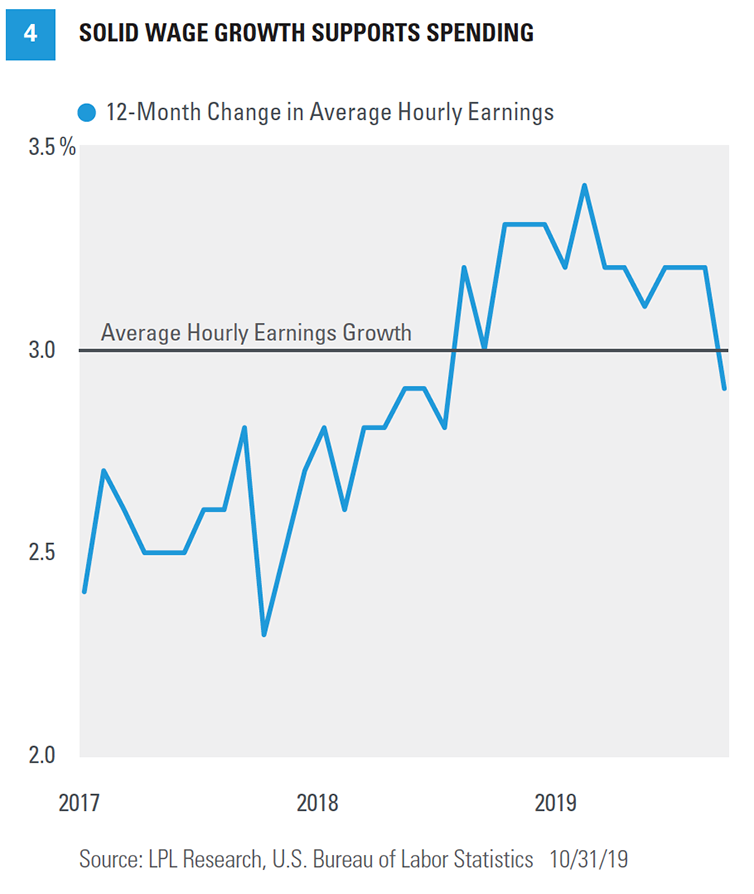