LPL’s strategists discuss what could happen in the second half of 2019, current economic trends, and Federal Reserve policy.

We made it—2019 is officially halfway over! And what a year it has been, with the S&P 500 Index off to its best start to a year since 1997, while interest rates around the globe continue to plummet. This week in the LPL Market Signals podcast, LPL strategists discuss what could be on tap for the remainder of 2019, economic trends, and Federal Reserve (Fed) policy.

The S&P 500 gained 17.4% in the first half of 2019, but we’re scratching our heads over the market leadership we’ve seen recently. Even though stocks are at new highs, defensive stocks like utilities, real estate, and consumer staples have been leading throughout the past year. Historically, the more cyclical assets such as technology and financials have led in rising markets. The trade dispute with China has generated a more cautious investing tone, which could explain some of this unique phenomena. At the same time, more than $13 trillion in global sovereign debt is yielding less than 0% currently, also contributing to the trend of more rate-sensitive areas leading. We anticipate a stronger than expected economy in the second half of 2019, and we look for cyclicals, value securities, and emerging markets to lead.

The employment picture is one of the true leading factors of the U.S. economy. Yes, manufacturing and services are both declining, but June’s jobs report once again showed a strong employment picture. After reporting less than 100,000 in May, the June employment report spiked up to 224,000 in June, a very impressive number this late in the economic cycle. Many have been looking for a Fed rate cut of 50 basis points (.50%) at the end of July, but this strong jobs report likely ended most of that speculation, and we currently expect to see a 25 basis point (.25%) cut.

Stocks Tend to Outperform After Corrections 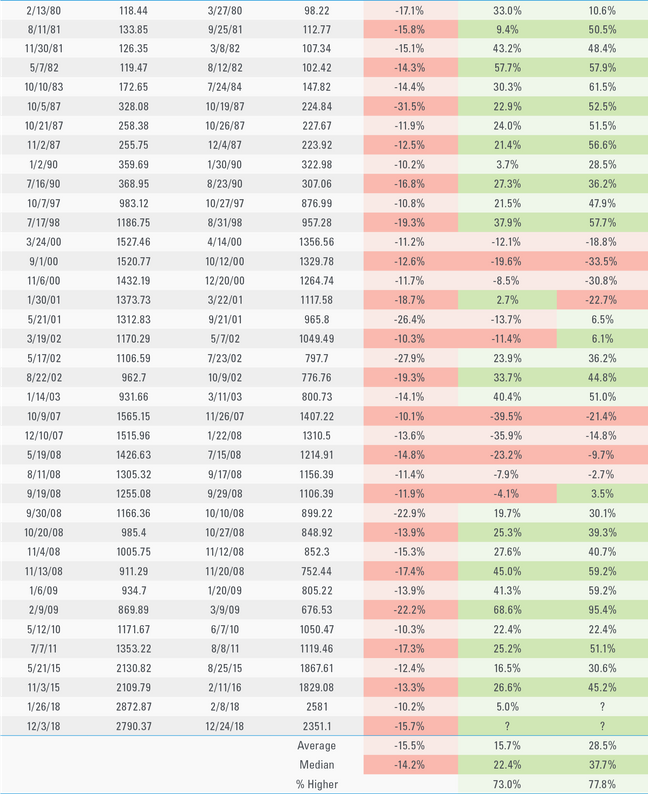 What happens after a big start to a year? A great start to a year can open the door to a larger correction and potentially weaker returns the second half of the year. In fact, when the S&P 500 Index has been up more than 15% at the halfway point of a year, the final six months have been up only 3.1% on average, and they tend to have a larger than average pullback as well.

Listen to the entire podcast to get the LPL strategists’ views and insights on what you can expect in the markets and economy through the end of 2019. You can subscribe to Market Signals  on iTunes, Google Play, or Spotify.